Mother & Daughter Becoming Bold – On & Off the Bike

Written by Brad Mclean on March 9, 2020. Posted in All, Featured, Parents are Talking

Mother & Daughter Becoming Bold – On & Off the Bike

My daughter never once corrected her 1st-grade teacher, who pronounced her name wrong the entire school year. She was so quiet, her teacher admitted to sometimes forgetting about her. While my daughter liked school and stayed engaged with the work, she preferred to go unnoticed, a little wallflower sitting cross-legged on the alphabet rug in the back of the room.

This worried me at the time. My daughter’s pint-sized demeanor seemed a far cry from the emboldened toddler who, with hair knotted and wild in diapers and bare toes, fearlessly grabbed our pet chickens with both hands and corralled them into her radio flyer wagon. She had zero reservations. More than once, we chased her down the block, shorts and T-shirt in hand, as she barreled through the neighborhood on her pink Strider Bike in Dora undies (with a helmet, because, safety). That pink, pedal-less Strider Bike was straddled between her chubby baby legs when she could barely walk. Maybe it was the speed with which she could travel or the stability it allowed her to tap in to, but that bike ignited her inner heroine. She and my son would ride their Strider Bikes, side by side, wearing superhero capes. Complete strangers would snap photos of them as they cruised through the park. Because she spent so much time on her little Strider, she transitioned to a pedal bike before she could correctly use a toilet. As an avid mountain biker, when I posted the video of her pedaling for the first time on Facebook, the caption read, “My daughter learned to ride a bike before she could poop in the toilet. Priorities. I couldn’t be more proud.” To which, one friend commented, “Nothing like a woman in charge of her life.” Her spirit was unabashed, and watching her brought me so much joy. 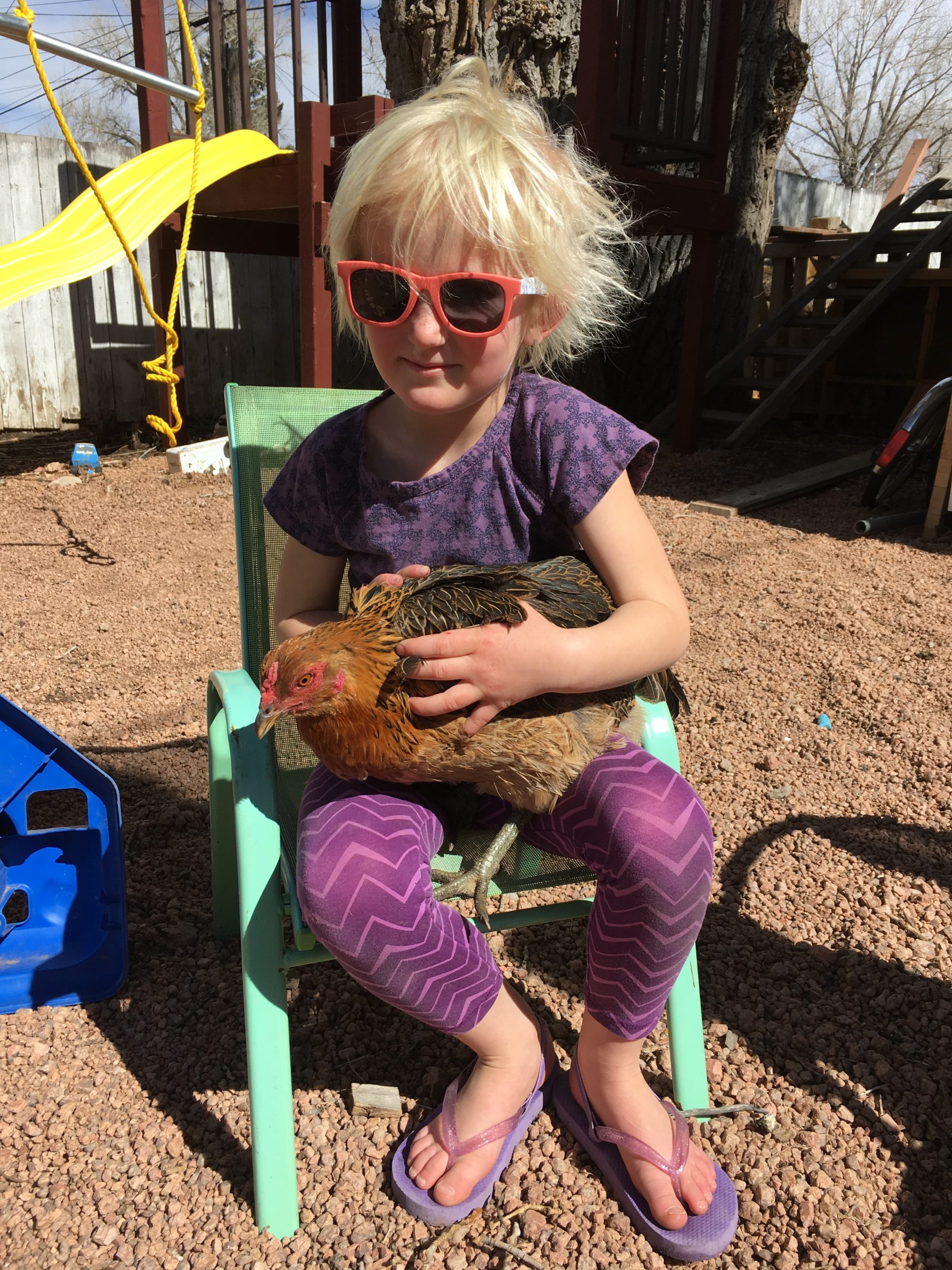 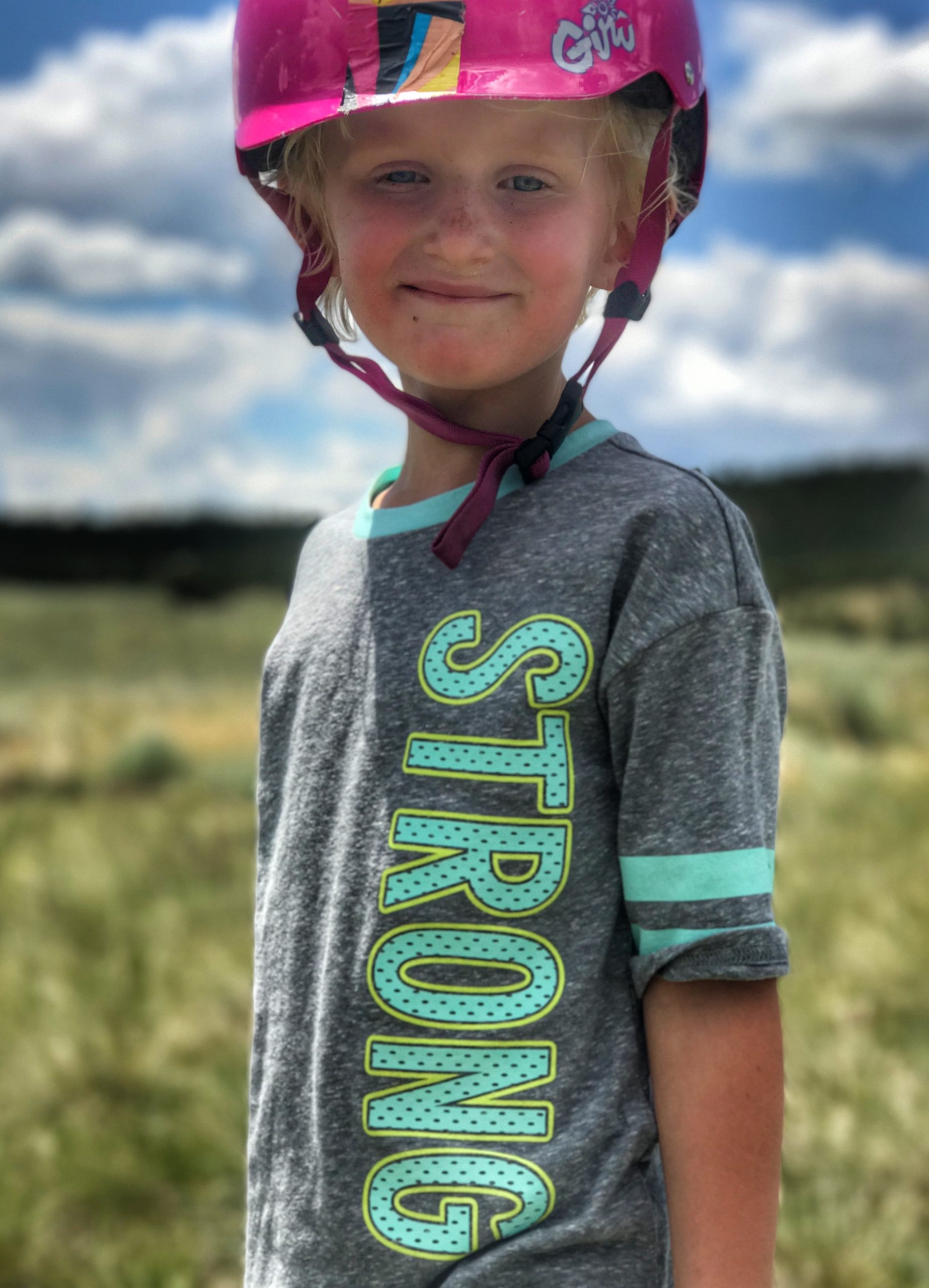 I, like many girls growing up, struggled to find my voice and find a way to exist unapologetically outside strict standards of beauty and value placed on women.

I battled disordered eating and intense body shame. I married quite young and spent years grappling with what it really meant to be a strong, independent woman. As I continued to age, I made it a point to be brave and to voice my opinions. I read books on women’s issues. I went to therapy. I said yes to group mountain bike rides with people I assumed were much stronger than me. I entered races. My bike, too, was a place I could resurrect my inner balance, strength, and courage. I decided I wanted to do my best to demonstrate, for both my son and daughter, that worth does not have to be measured by outside standards and expectations. Each of us must own our inherent value and foster and embrace the qualities that make us ourselves.

I thought I had made a great deal of progress. Until, my daughter, now in 3rd grade, emphatically declared that she wanted to shave her head. Over the last year, she had started to return to herself. No longer the docile girl in the back of the room. She had gone from afraid to talk out loud in class to throwing her hand up at every opportunity to let her voice fill the room, bounce off walls, seep through door jams and window seals, and make its way out to the edges of the playground and into the world. I was proud to witness how my once bold toddler, racing and howling through the neighborhood on her Strider Bike, now, was becoming a bold elementary school girl running for student council every chance she gets, speech in hand, even though she has yet to win. And still, my automatic response to her daring hairstyle request was no. 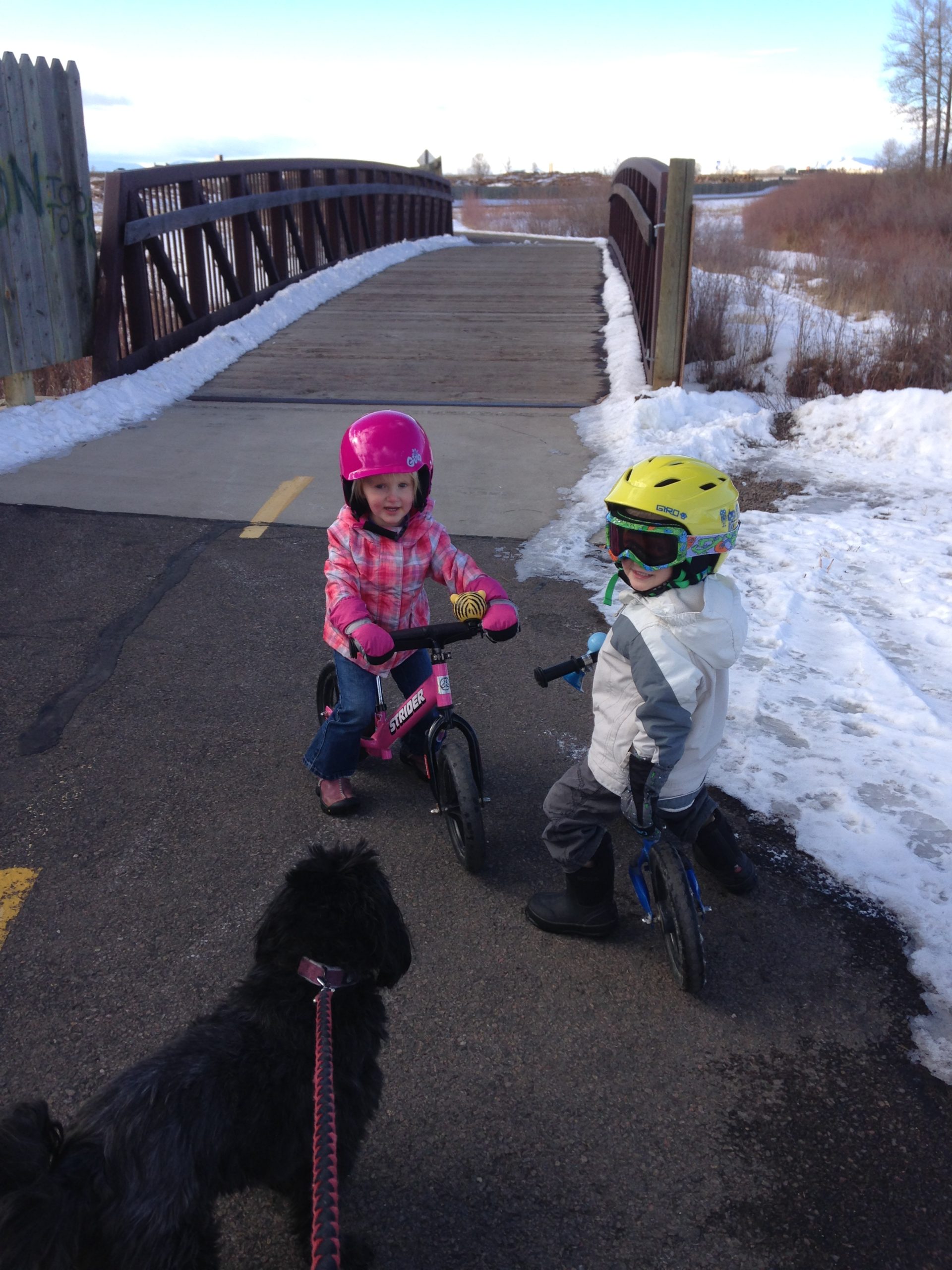 For months she persisted. I asked her why she wanted to shave her head. Where did the idea come from? To me, she never gave a satisfactory answer. She asked me why I wouldn’t let her. What’s the big deal? To her, I never gave a satisfactory answer either. Even if I had told her all the reasons swirling in my head – she would look like a boy, people might assume she was sick, she wouldn’t look cute, essentially, she wouldn’t be complying to the expectations of what it means to look like a girl – she would still be right. My reasoning was flawed. Even though I was more steeped in stereotypes than I would like to admit, she was free, wild, unapologetic, and becoming ever more bold, despite me.

I relented, caught in my own hypocrisy. My hesitation turned to admiration. My renegade daughter is everything I have ever wanted to be! Let’s do this, I thought eagerly to myself. I went to her, careful to veil the emotional rabbit hole I had been down to come to this conclusion. I was met with a shrug of the shoulders and an apathetic suggestion to wait until it’s warmer, and a “maybe I’ll just shave the sides.”

When my daughter was 5 years old, I took her on a bikepacking trip. We loaded sleeping bags, a tent, and food on our bikes (me pulling a trailer to lighten her load) and headed into the forest to spend the night. Just the two of us. The ride was fairly tough for a little one, but she didn’t complain much. She Just asked for a lot of breaks to dip her toes in the water and consider how far we’d come. We really have come so far.

My renegade daughter is everything I have ever wanted to be! 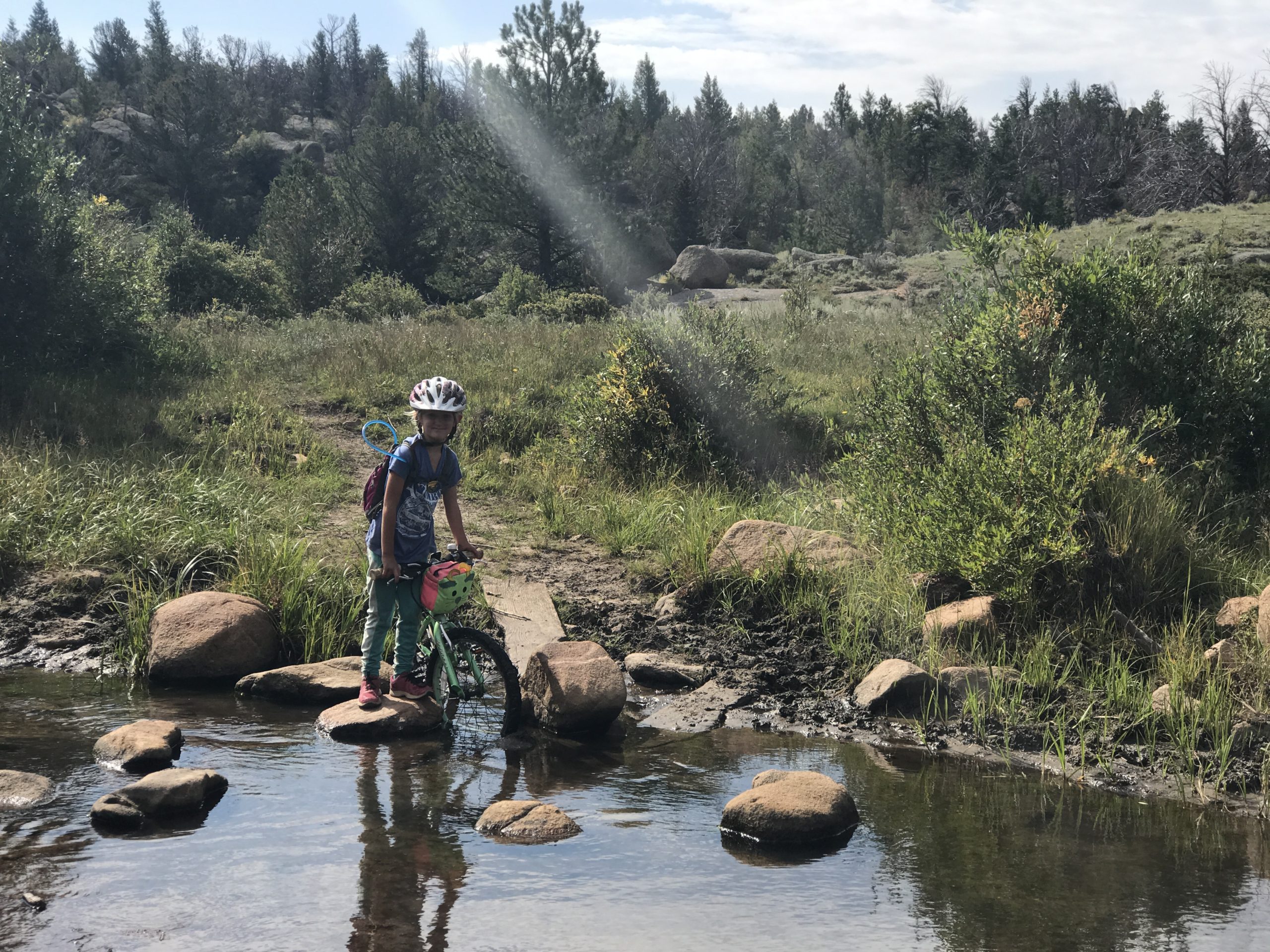 My daughter’s bike no longer just takes her around the block, but to the coffee shop where she likes to buy homemade Nutella pop tarts and to the fish hatchery to use her saved quarters for fish food. When she babysits her little cousin, she puts him on his Strider Bike and shows him how it is done. As she goes from elementary school, to middle school (lord help her!), and beyond, I hope we will continue to grab our bikes, go out, and restore our courage to be bold with this life; because those two wheels are what helped us find it in the first place.

It wasn’t really her who was BECOMING BOLD this whole time, it was me. 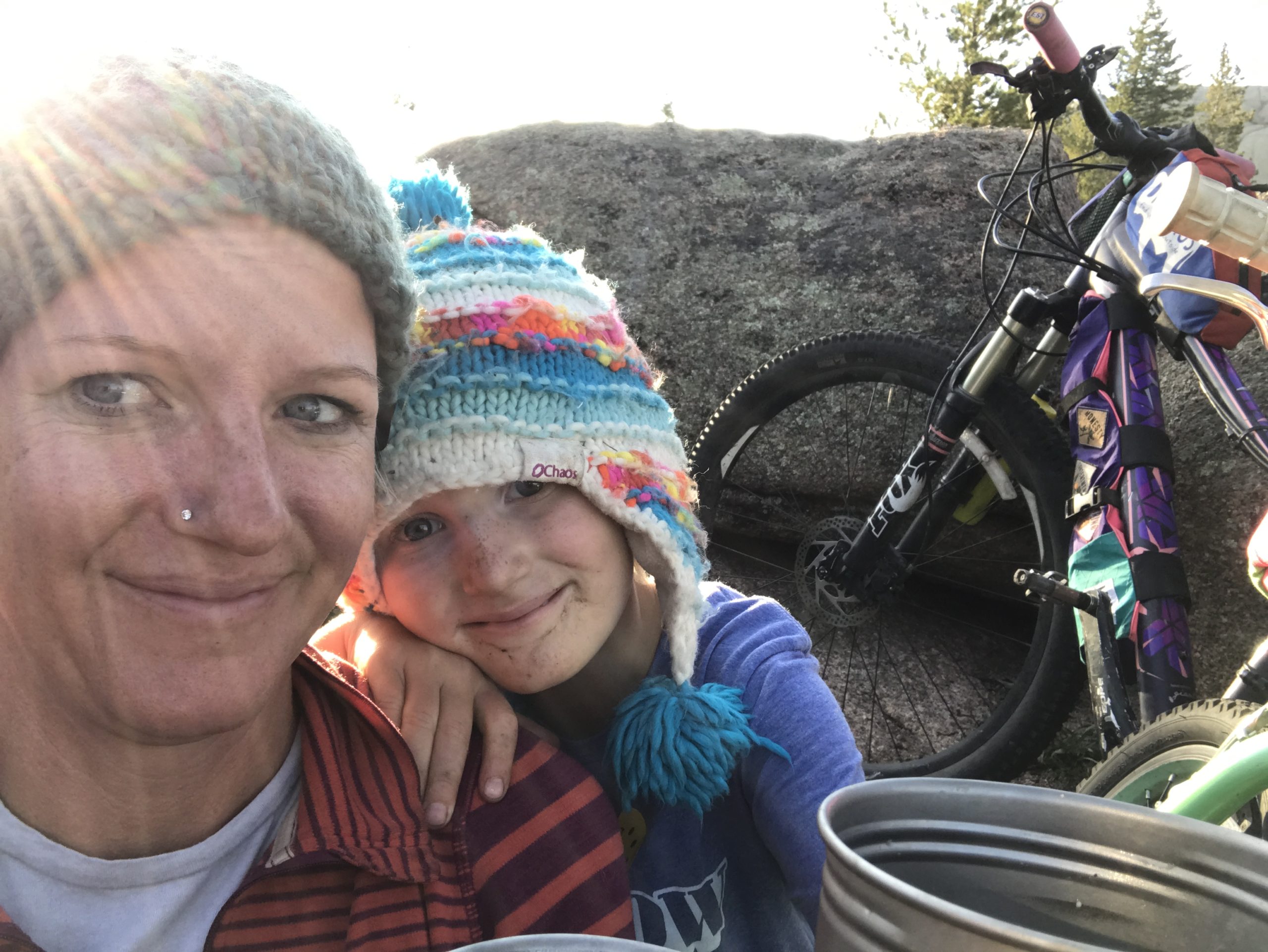 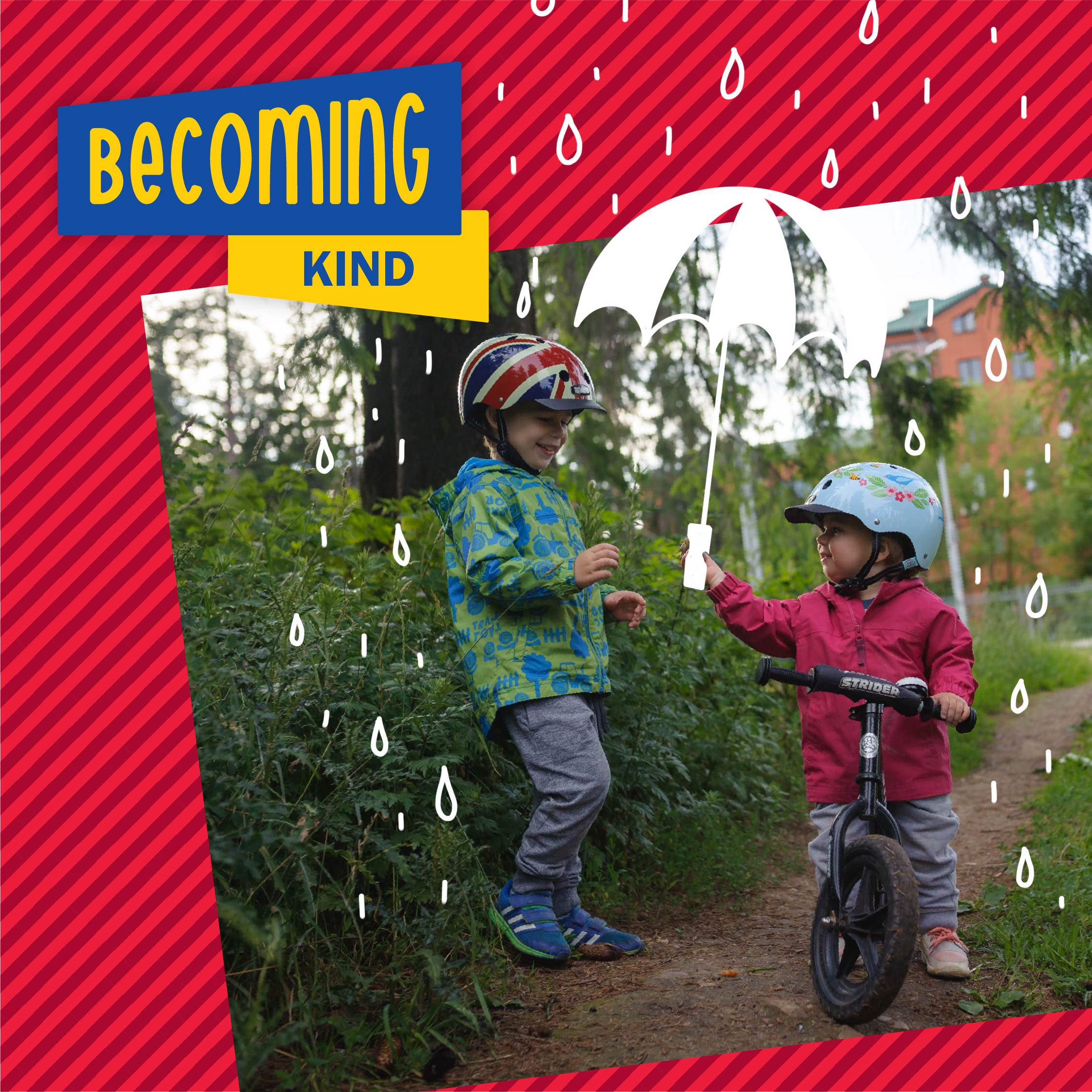 Who Are They Becoming?

Strider Bikes helps children proudly become who they are. 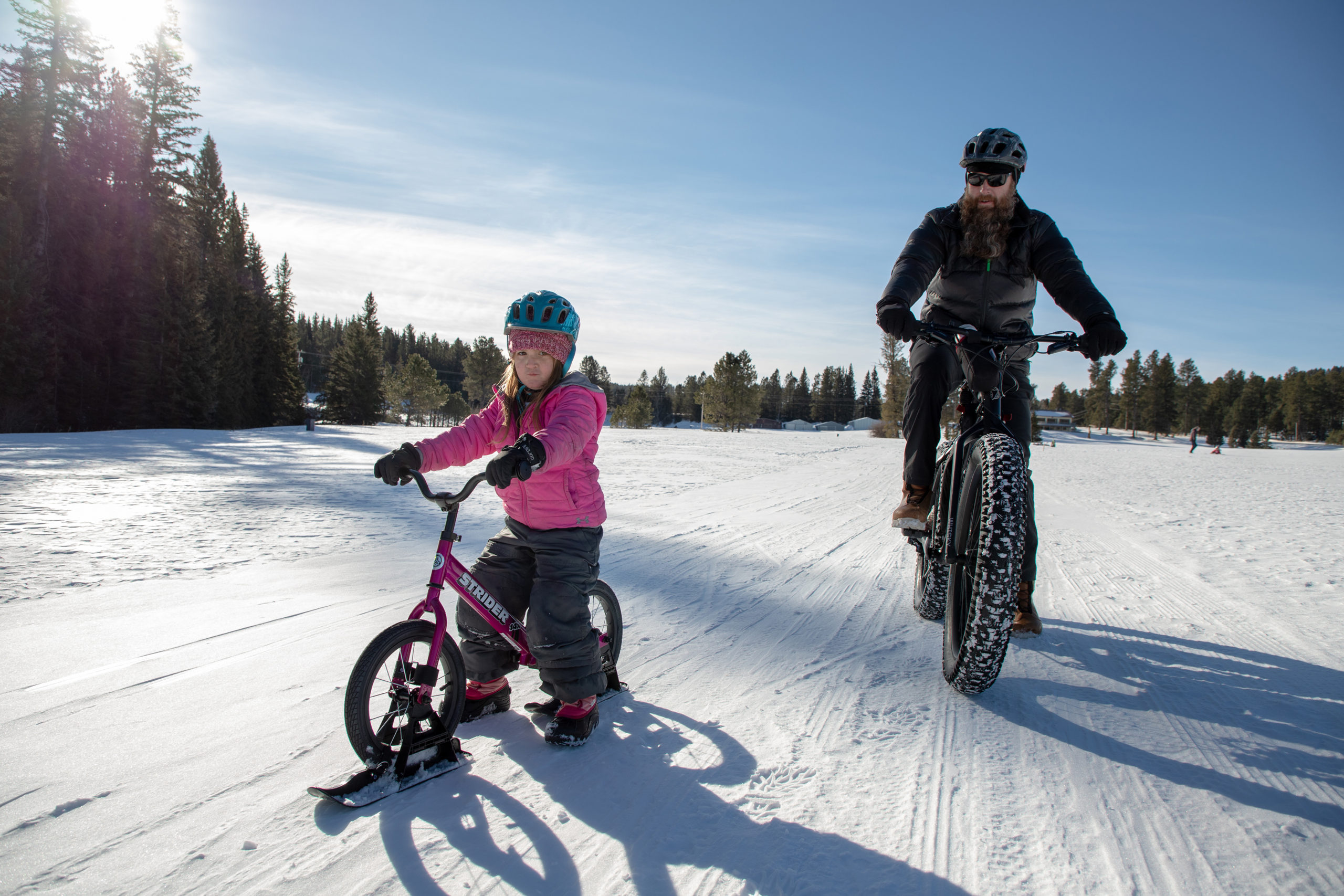 At Strider, we wanted to give you a little extra incentive to go through the incredible hassle that is preparing kids to go out in the cold by pointing out ways it will make your life as a parent a bit easier.

Who Are They Becoming?

Written by Brad Mclean on February 4, 2020. Posted in All, Featured, Stuff and Whatnot

Written by Brad Mclean on January 22, 2020. Posted in All, Parents are Talking, Product Releases

Written by Brad Mclean on January 9, 2020. Posted in All, Featured, Parents are Talking, Product Releases

Written by Brad Mclean on December 17, 2019. Posted in All, Products, Stuff and Whatnot

Written by Brad Mclean on November 20, 2019. Posted in All, Parents are Talking

9 Ways to BE Together By Bike

Written by Brad Mclean on November 4, 2019. Posted in All, Featured, Stuff and Whatnot

The Strider ST-R Carbon Fiber Balance Bike Holds Nothing Back

Written by Brad Mclean on October 31, 2019. Posted in All, Products, Stuff and Whatnot

How to Actually Appreciate the Season You’re In

Written by Brad Mclean on October 21, 2019. Posted in All, Featured, Parents are Talking, Strider News

Extend the Life of Your Bike

Written by Brad Mclean on October 8, 2019. Posted in All, Featured, Stuff and Whatnot